Today, Humayun Tomb or Maqbara-e-Humayun is one of the best tourist places to visit in Delhi. The entire complex is currently operated and maintained by the Archaeological Survey of India (ASI). In 1993, the shrine complex received UNESCO World Heritage status due to its cultural and historical significance.

Since 2018, the structure is illuminated every evening after sunset to create a night scene. The lighting is done in such a way that it mimics the effect of moonlight. Although entry to the building is restricted after sunset, you can enjoy breathtaking views of the shrine from Nizamuddin Bridge and flyovers on Zakir Hussain Marg and Lodi Road.

Walking inside the complex of Humayun Tomb, you can see architectural features including the baradari (pavilion) and the hammam (bathhouse). Tomb of Isa Khan. Interspersed with galleries or corridors of red sandstone. Nila Gumbad, Tomb of the Barbers (Tomb of the Barbers).

Humayun Tomb in Delhi is the first grand mausoleum of its kind built in India and the country’s first garden. Also known as Humayun Tomb, this magnificent 16th-century monument looks less like a tomb and more like a magnificent palace. Call a Tourist Guide, You to will learn more about Neighborhoods.

Bega Begum aka Haji Begum, the first wife of Emperor Humayun, built this magnificent mausoleum near the Yemen River to preserve the memory of her husband. Although the emperor died in 1556, construction of the monument did not begin until 1565. After seven years of construction, the shrine and its surrounding Charbagh Bagh were completed in 1572. Given the grandeur of the monument, it is not surprising that its construction cost Rs 1.5 lakh, all of which was borne by Begum Bega.

Over the centuries, Humayun Tomb has witnessed much neglect and degradation. In the 18th century, the beautiful gardens surrounding the monument were replaced by vegetable gardens. After the colonial rulers occupied Delhi, the Charbagh Gardens were covered with English-style gardens in the 1860s. However, in the early 20th century, the mausoleum complex was restored along with the original gardens at the behest of the then Viceroy of India, Lord Curzon.

This monument also played an important role in the modern history of India. At the time of the partition of the country in 1947, Humayun Tomb along with the Old Fort served as a refugee camp for people coming to Pakistan. Camps were set up at the site for about five years, causing considerable damage to the main structure and gardens. Later, when the monument came under the control of the Archaeological Survey of India, it was once again restored to its original glory.

Nasir-ud-Din Muhammad as Humayun was the second Mughal emperor who ruled the northern Indian dynasty from the 16th to the 19th century. Humayun was born in Kabul on March 17, 1508, when Babur was trying to expand his empire. He accompanied him on his travels during his youth, and by the age of 18, he was with him at the Battle of Panipat (1526), one of the battles that established the Mughal Empire. They were later part of the Haras from Agra and were sent to settle the Ganges valley which is situated in the eastern part of the empire.

The journeys of Humayun and his father Babur are similar. Both gained territory and expanded it through military conquest and were then exiled. He conquered his territory using force and then died before organizing the empire. Humayun was kind and generous, though he was not a good general and warrior. He was also fond of painting and wrote poetry in Persian. He was a religious person, interested in astrology and art.

The grand mausoleum complex was designed by Merik Mirza Ghiyas, a Persian architect chosen by the Begum herself. Humayun Tomb a shining example of the Mughal style of architecture, incorporating elements of Indian and Persian styles. The mausoleum, 154 feet high and 299 feet wide, is built mainly in red sandstone, while white marble has been used for the two-tiered dome. Designed as a family mausoleum, the structure has 124 small domed chambers within its walls.

Built of red sandstone, Humayun Tomb was the first garden-style tomb to be built in India. Humayun tomb is situated in the middle of charbagh-style gardens, which have ponds connected by canals. The Charbagh is a Persian-style garden surrounding the tomb structure, arranged in a square. It consists of several paved paths, water channels, baths and a pavilion. The main entrance to the tomb is on the south side, although there is another entrance on the west side.

The Charbagh is a Persian-style garden which translates to four gardens, is strictly geometric and is divided into four paths and divided by a body of water. surrounding the tomb structure, arranged in a square. It consists of many paved paths, water channels, baths and pavilions. Walls surround the Charbagh on three sides, and on the fourth side is the Yamuna. The walled tomb complex has two entrances, one on the south and the other on the west. Similar to Taj Mahal in Agar.

A garden of fruit-laden trees, shrubs and flowers surrounded by waterways; The splashing fountains, the cool shady pavilions to sit under the charbagh, were reminiscent of the Garden of Eden (paradise).

According to the Qur’an, ‘Jannat’ (paradise) awaits the believers. It is a place where springs flow from the earth, a place where there are shady groves, trees and shrubs, fruits within easy reach and just waiting to be enjoyed. A place whose paths are filled with water, wine, milk and honey, where the shade of tall trees promises respite from the intense heat, and seas of flowers fill the air with sweet scents.

Enter the structure through the southern entrance and you will immediately notice the heavy latticework and stonework. And just below this white dome is an octagonal burial chamber, which contains a monument to the Mughal emperor Humayun. Suffice it to say that this is not a true burial ground, as the original grave is placed in a mound of earth just below the Upper Tomb. Although this section can be accessed from the outside of the main building via a passageway, it remains closed to the public. Emperor Humayun tomb is built in the Persian style at 47 metres, and is also the first Indian structure to incorporate a Persian double dome, which is 42.5 meters high, with its inner structure supporting a marble outer structure. and leads to the interior of the inner cave.

In addition to the Emperor’s Tomb, several other tombs and monuments are part of the complex, including tombs of other Mughal royals like Emperor Jahandar Shah, Muhammad Kambakhsh Farrukh Siyar, Rafi-ud-Daulat, Rafi-ud-Darraj and Alamgir II. Tomb of Dara Shikoh, the eldest son of Shah Jahan

1. Isa Khan’s tomb Isa Khan ka Maqbara and mosque, a domed complex that predates the main tomb by 30 years. Isla Khan Tomb and Mosque: Entering from the west, you will see several monuments on either side of the path leading to the main shrine. The most important is the tomb of Isa Khan Niazi, an Afghan noble from the court of Sher Shah Suri. Surrounded by an octagonal garden, this magnificent mausoleum predates Humayun’s mausoleum by 20 years. Built during the reign of Sher Shah Suri’s son Islam Shah Suri, this complex contains the graves of all the members of Isa Khan’s family. Near this mausoleum is a red sandstone mosque. Experts believe that some of the architectural details from this tomb were borrowed from the Mughal emperors, albeit on a larger scale.

4. The Tomb and Gardens of Bou Halimah, a garden complex containing a tomb on a raised platform.5. Nila Gumbad, a domed octagonal mausoleum Blue Dome Just outside the boundaries of the complex is the Blue Dome, so called because of its bright blue glazed tiles. It was made by the son of a courier in the court of Mughal Emperor Akbar for his favorite servant Mian Fahim. The tomb is notable for its architecture with an octagonal exterior, and interestingly a square interior with walls decorated with painted stucco.

7. Barber’s Dome, Tomb of the Royal Barber Nai Ka Tomb Surrounded by a charbagh, Nai Ka Gumbad or Nai Ka Tomb is situated at the south-eastern end. This tomb of 1590-91 AD belongs to the royal barber in Humayun’s court. The fact that the barber in question was supported by the Mughal emperor is confirmed by the presence of his tomb near the main mausoleum.

8. Tomb of Hamida Begum, one of Humayun’s wives and Akbar’s mother

Humayun’s Tomb timings are from 6 AM to 6 PM. Humayun’s Tomb entry fee is Rs 30 for tourists from Indian cities and SAARC countries (Bangladesh, Nepal, Bhutan, Sri Lanka, Pakistan, Maldives and Afghanistan) and BIMSTEC (Bangladesh, Nepal, Bhutan, Sri Lanka, Thailand and Myanmar). While the ticket price for tourists other than these countries is Rs. 550 card or 600 cash per person

JLN Stadium on the Purple Line is the nearest metro station to Humayun’s Tomb, just 2 km away. You can either drive an auto rickshaw or walk on a suitable weather day. The next closest is Jorbagh Metro Station on the Yellow Line, which is about 5 km from Humayun’s Tomb. Take a radio taxi or auto-rickshaw, and you’ll be there in 15 minutes.

Buses operated by the Delhi Transport Corporation (DTC) stop at strategic locations in the city. All public transport buses stop at Nizamuddin Police Station which is about 900 meters from Humayun’s Tomb.

Nizamuddin Railway Station is the nearest railway station to Humayun’s Tomb at about 2.2 km. There are plenty of auto rickshaws available from the station to take you to the monument. Depending on the city you are coming from, you will find many trains that stop at Hazrat Nizamuddin.

Humayun Tomb Nearby places to See

Lodhi Garden is a huge green park located in the heart of Delhi. It contains the tombs and other structures of two rulers of the Delhi Sultanate, Muhammad Shah and Sikandar Lodhi. With impressive architecture and impeccable natural beauty, the garden and the structures within it resonate the national capital’s grand endeavor with history. An architectural heritage spanning nearly 500 years and lush green surroundings make Lodhi Garden a special attraction in Delhi. The Lodhi Gardens is presently under the surveillance of the Archaeological Survey of India. They take the responsibility of maintains and beauty of the gardens. A lot of visitors visit the Lodhi garden daily. Lodhi Garden has few historic monuments from three different dynasties that ruled Delhi, the Tughlaq’s, Mughals, and the British.

Hazrat Nizamuddin Dargah in Delhi is one of the most popular Shrine in Delhi, built in the memory of Hazrat Nizamuddin Auliya, who lived from 1238 to 1325 and was the very popular Sufi Chishti saint and successor of Khwaja Moinuddin Chishti of Ajmer.

Abdul Rahim’s mausoleum is located on the banks of the Yamuna in Delhi. It is said that the gardens of this tomb extended to Humayun’s tomb. The Tomb of Rahim Khani Khanum is located in Nizamuddin East, New Delhi. This tomb belongs to Abdul Rahim Khan e Khan who was one of the important ministers who served during the reign of Mughal emperors Akbar and Jahangir. 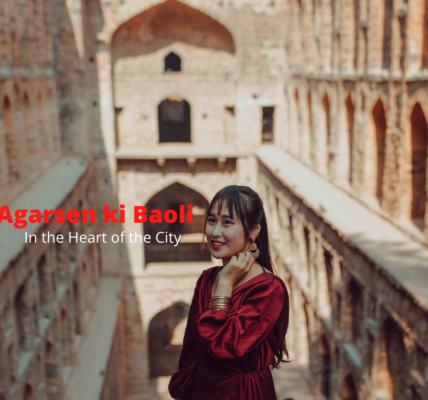 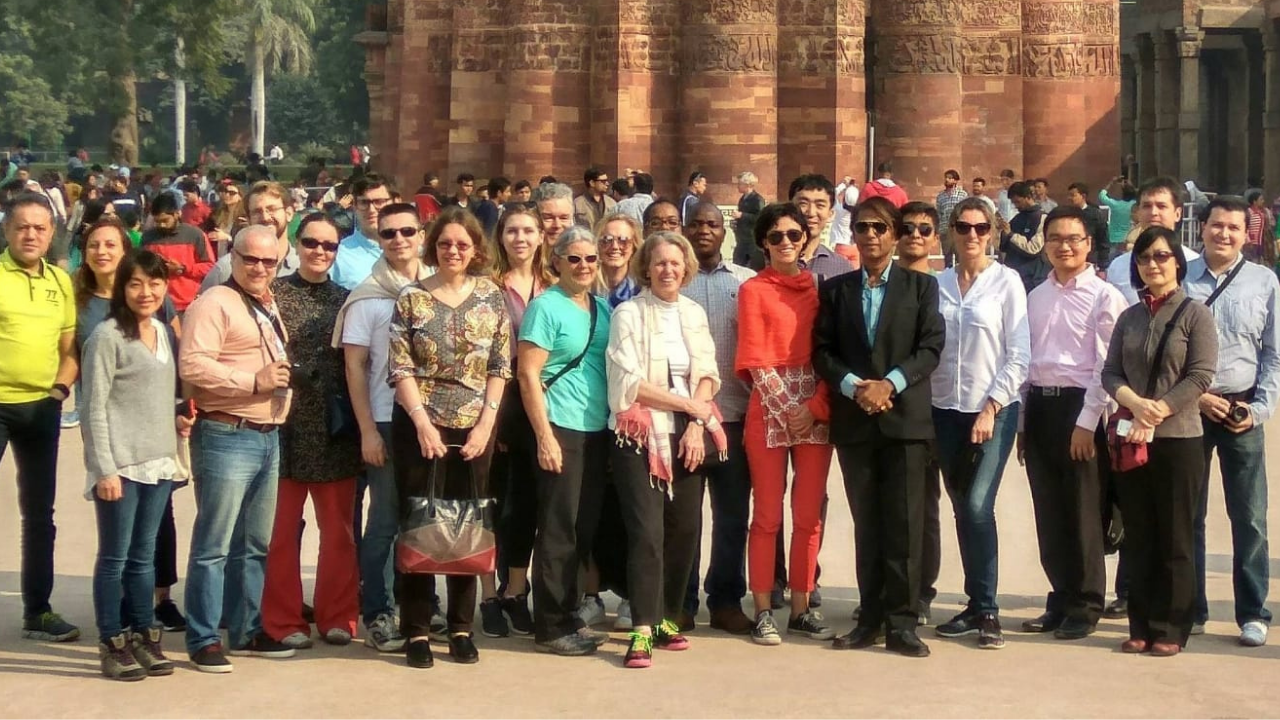