Story of Taj Mahal, at Agra from Bhuranpur

You must have read and heard the love story of many kings and emperors of the country Prithviraj Chohan , Ashoka the Great, Chandergupt Murya etc.

Although the love story of Mughal ruler Shah Jahan and Mumtaz started from Meena Bazaar at the fort of Agra, but it progressed in Burhanpur. If there were no termites in the soil of Burhanpur, then the Taj Mahal would also have been built in Burhanpur. The beautiful Story of Taj Mahal, which is one of the seven wonders of the world, was started here.

According to historian Mohammad Naushad, when the Mughal emperor Shah Jahan came to Burhanpur, he had brought his wife along. Mumtaz had 3 deliveries in Burhanpur. Unfortunately, She died at the time of the birth of her fourteenth child. According to Mumtaz’s dying wish, Shah Jahan built the Taj Mahal in her memory. For six months, Mumtaz was buried in Burhanpur itself. It is called Zainabad originally constructed by Shah Jahan’s uncle Daniyal on the bank of the Tapti River. Latter her body was disinterred in December 1631 and transported in a golden casket escorted by her son Shah Shuja, the deceased empress’s head lady-in-waiting, and the distinguished courtier Wazir Khan, back to Agra

Story of Taj mahal not Built at Bhuranpur:

Shah Jahan wished that the Taj Mahal should be built in Burhanpur itself. Due to the presence of termites in the soil and low water level of Tapti, the architect of that time advised not to build the Taj Mahal here. 65 quality marble was to be installed in the Taj Mahal, which was difficult to bring here from Rajasthan and Iran at that time, but the base design of the Taj Mahal was made in Burhanpur. A replica of this is present in Black Taj Mahal Burhanpur. Tourists from all over the India and forigen countries come to see it. Even though it was not possible to build the Taj Mahal in Burhanpur as it was located on the last boarder of the Mughal empire, its design was decided here. Inspiration was being drawn from many buildings and designs for the architecture of the Taj Mahal. Hoshangshah’s tomb in Mandu, Madhya Pradesh is the first structure in India, which was made of marble. Inspired by this, Emperor Shah Jahan decided to start building the love story of Taj Mahal out of marble.

According to historian Mohammad Naushad, there is a tomb of Shahnawaz Khan in the Kala Taj Mahal. By the way, Shahnawaz Khan was the eldest son of Abdul Rahim Khankhana. He was brought up in Burhanpur itself. Seeing his bravery, he was made the commander of the Mughal army. He died at the age of 44, buried on the banks of the Utawali river in Burhanpur.

A few days later his wife also died. She was also buried at the same place. This is the tomb of Shahnawaz Khan built in the memory of this. In simple language, it is called Black [Kala] Taj Mahal, which is made of black stones. In which carvings have been done like the Taj. This carving is also seen in the royal fort.

Story of Taj Mahal and Artisans:

Craftsmen were called from Iran, Turkey, France and Italy to build the Taj Mahal. The famous goldsmith and Geronio were called from Venice at that time. From Shiraz also came Ustad Isa Effendi, who had designed the Taj Mahal. Accordingly, the place of the grave was decided. After 22 years, when its work was completed, the process of re-burying Mumtaz’s body started. Mumtaz’s funeral procession was taken from Zainabad in Burhanpur to Agra in a huge procession. He was buried in the sanctum sanctorum of the Taj Mahal. It is to be said that time around rupees Eight crore were spent on that procession . 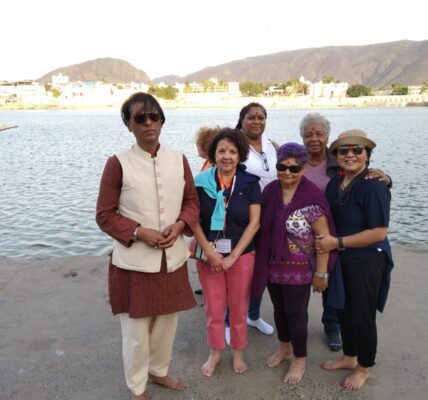 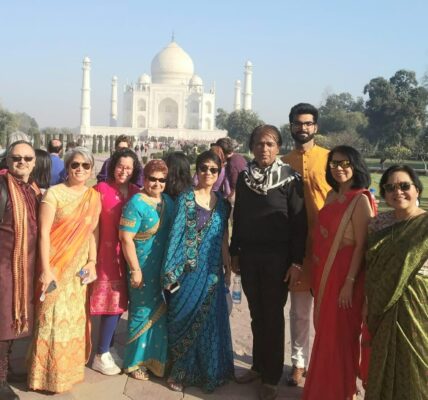 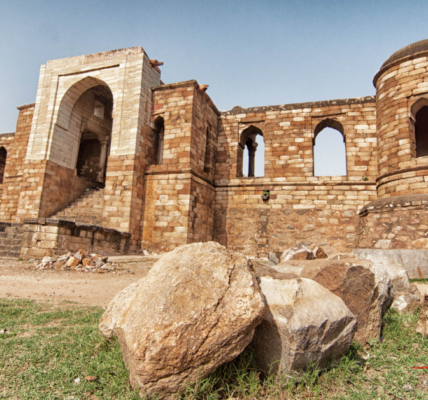