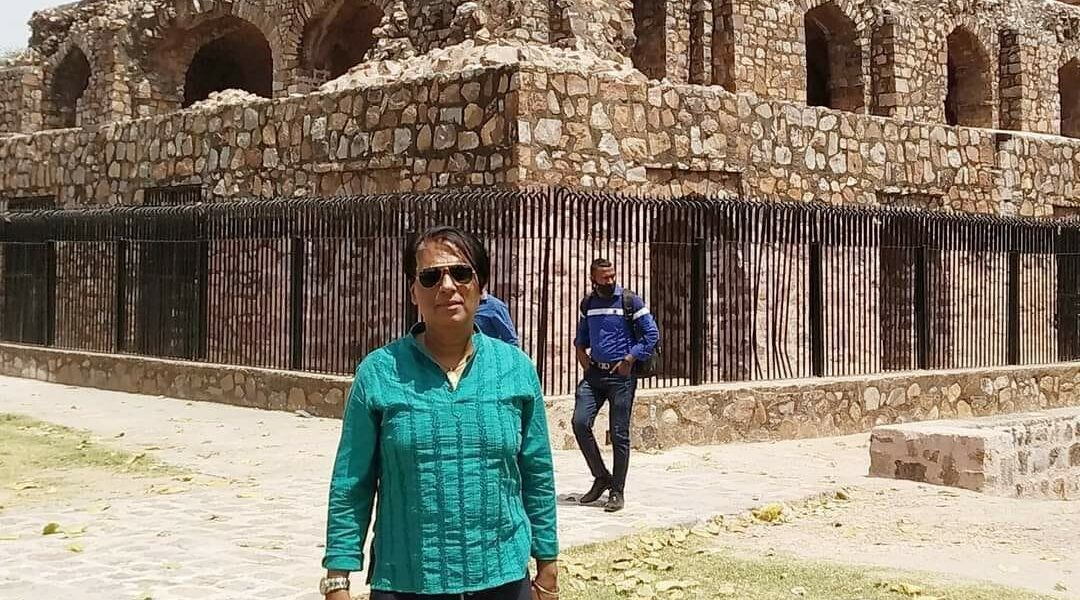 A view of the Feroz Shah Kotla Fort in New Delhi. The city’s “ghost-riding” palaces and tombs, dark tombs, “occupied” streets, spooky trees, and “haunted” palaces and so many stories around them are attracting different kinds of tourists—those who aren’t. Interested in the little things and looking for them Scary. The information of Feroz Shah Kotla Fort includes that the ruins of the palace are the best place to see inside the fort. This beautiful palace was built by the Mughals in the 14th century, when they were facing a major water crisis in their city. The famous Sultan Feroz Shah built this place which is known as Ferozabad.

The Feroz Shah Kotla Fort is situated between Old and New Delhi, was built in 1354 by Sultan Feroz Shah Tughlaq, when he was ruling the city from 1351 to 1384. The Feroz Shah Kotla IS on the banks of the Yamuna River, which is today the home to a large number of devotees, who come here to get their problems resolved. this massive fort with a bowl, a magnificent Ashoka stone pillar and secret cells under the building’s platform is also known as the Jinn’s house.

Feroz Shah Kotla Fort The magnificent fort of Delhi is very unusual due to its many features. Pilgrims get many blessings from jinn and humans. They can write their wishes on the walls of the castle because the giants are believed to fulfill their wishes.

This will help if you visit the fort by Thursday as a jinn appears from the sky keeping in view all the preferences of the people. You can visit amazing places like mosques, gardens and monuments around Feroz Shah Kotla Fort.

As history goes, the Sultan built this fort when they decided to shift their capital from Tughlaq Abad to Firozabad due to lack of water in the area. This fort was built on the banks of river Yamuna was supposed to remove the water crisis. Madrasas, palaces, beautiful gardens and mosques were built inside the fort, which symbolizes the rule of the third ruler of the Tughlaq  dynasty.

People believe that this fort is the home of jinn and those who take recourse to such beliefs come to this fort to solve their problems. Not only this, people are sent here for those who are believed to be under the influence of evil spirits. Believe it or not, there are people who swear by it.

Believers in Islam believe that when light was created by angels and dust by humans, jinns were resurrected by fire without smoke. And those who believe in supernatural powers come here, write letters explaining their problems, and leave them to the care of supernatural forces. The fort consists of a great crowd every Thursday because it gets believed that jinns descend in the place to fulfill the wishes of the people. The visitors can find that many dreams get written on the paper and then pinned on the walls of the fort within the premises.

According to superstition, those who are able to live for thousands of years, and like humans, are also capable of forming families. Believe it or not, the Feroz Shah Kotla Fort is definitely worth a visit.

According to Islamic mythology, Allah created Adam (humans) from dust, angels from light, and jinn from fire without smoke. Those who are old are mortal, but live for thousands of years and have the ability to unite human beings at different times over the centuries. It is thought to be a transformation that can cover long distances in a short time. The genie can choose between good and bad – rub the genie the wrong way and you can’t live to tell a story. It is said that inside the fort, under the steps of Jamia or Kotla mosque, the most evil jinn are locked in a basement. He is said to have the power to control and manipulate humans. The myth is that they live for thousands of years and can withstand a single family. He is believed to have a soft spot for women with long, beautiful hair. Devotees also claim that the demons are attracted to beautiful women and try to capture them. They are considered shapeshifters, capable of covering long distances in a short amount of time. Genes can be both good and bad. Legend also says that the most evil jinn are trapped in a dungeon under the steps of the mosque, which is a mosque inside the fort.

The place came to light soon after the Emergency in 1977, when an old man named Ludo Shah moved to the Feroz Shah Kotla, and told his followers that there was some energy in the form of a jinn who grants wishes. After that people with such faith started coming here to pray and find solutions to their problems. Thursday is considered blessed, as the jinn is considered happy and benevolent on this day. Therefore, every Thursday, people from Delhi and beyond come to the Firoz Shah Kotla with letters, candles, sheets, rice, etc., to reveal their most private secrets and ask for protection.

If records are to be believed, the story about the jinn began in 1977, when people started flocking to the fort a few months after the Emergency. However, experts in supernatural theory say that Jinn has been living here for the last four decades.

The jinn’s ‘ministry’ works in contrast to the modern bureaucracy. Most believers write their concerns in a petition letter, along with address and passport size photo. Numerous photocopies of letters are found in every nook and corner of the ruins, as if requested by various departments of a government office. The believer is expected to travel through the ruins until seven Friday nights (Friday nights) to fulfill his wish. For those who can’t afford to travel frequently who always has their address with them.

However, this 14th century fort has stood the test of time, which is why people still stick to their beliefs. It is also believed that there is a jinn ministry inside the fort. This ministry functions like a modern bureaucracy in which different departments are dedicated to dealing with different issues. Most believers write down their concerns and submit their requests by letter. There are many photocopies in every cell of the ruins, because people want to make sure their letter reaches the right department. Devotees are then expected to visit the ruins until the night of the 7th Friday, so that their wish may be fulfilled. It is also said that the petitions which are put to court at midnight for discussion and then Allah Almighty fulfills their wishes which seem to be true.

Yet another popular belief is that the Lat Baba, who is considered to be the head of the Kotla jinn, resides in the Ashoka pillar of sandstone near the Golden Minar-Jamia Masjid. The letters written to it are tied to the railing that protects the pillar and it is said that if one touches this pillar the wish is fulfilled.

This massive fort will amaze you with all its intricacies and myriad features. Below the platform of the building are a bowl (step well), a magnificent stone pillar. Ashoka Pillars were brought to the fort from Ambala in 236 BCE, and then it was not easy to install the pillars in the fort due to the large size of the components. Thus, a three storied pyramid was built to erect the Ashoka Pillar very easily and successfully in the fort. Black and white stones are used to make the structure of the pyramid, with the Kalash at the top. The 13 meter high pillar is located on the north side of the mosque inside the fort. After the blast at Ghatak, the Asoka Pillar of Meerut was rebuilt by the Society of Kolkata and then both the Ashoka Pillars are completely wrapped in cotton silk. The pillars are then carried by a large number of people on 42 wheels to Feroz Shah Tughlaq so that the components are not further damaged.

Firoz Shah Kotla Fort is one of the oldest and largest mosques used by pilgrims. It is formed using an extreme series of underground quartzite rocks that cover the limestone. Jamia Masjid has an interesting ambiance, consisting of large courtyards and prayer halls. These temples were once used by royal women of the 14th century, and the architecture of the mosque supports them as excellent examples of Tughlaq structures.

Feroze Shah,is the father of irrigation system in India, make the biggest ‘baoli’ in Delhi
Instead of busy in the wars, Feroz Shah Tughlaq decided to spend time and money on city planning, construction of public buildings, roads, water channels and facilities.

The Baoli is a step well situated to the north-west of the pillars of the fort. It is built in underground parts which are situated on the vast gardens of the fort. It also includes an underground canal with water wells running along the banks. This is a very famous Step well in Delhi which has a pond with a well. It is old time that visitors were able to enter the Bowl from the north and east, but now can only be accessed from the west. You, as a visitor, cannot enter this area for security reasons, but researchers can enter the area immediately after getting a permission.

It is easy to take the Violet Line on Delhi Metro up to [ I.T.O. ] Feroz Shah Kotla Fort is just a walking distance from metro station. . You can easily get other transport as well.Feroz Shah Kotla Fort is opposite Maulana Azaad Medical Collage. Buy a bottel of Water keeps you refresh. Snacks like tea samosa, chips, chole kulche cold drink is availabale on the road side.

Timings for visiting Feroz Shah Kotla Fort: is between sunrise and sunset.