Kotla Mubarakpur walk, Today a  medieval urban village, is a popular bazaar for sanitary hardware’s and electrical goods with a densely populated residential colony is a small world in the south-central part of New Delhi. Which is dominated by the Besla family of Gujarat. It is within walking distance of the South Extension and Defense Colony.

Its history can be traced back to the tomb of Moizuddin Mubarak Shah, son of Khidr Khan of the Syed family of the Syed dynasty of the 15th century Delhi dynasty in India and the surrounding mosque. There are many other tombs from the Lodi dynasty such as Darya Khan’s Tomb, Kale Khan’s Dome, Naig Khan’s Dome, Chhote Khan’s Dome and Bhure Khan’s Dome, and a (Step Well).

Under the Lodi dynasty, Khidr Khan, the Governor of Punjab, defeated Daulat Khan Lodi in 1414 and took over the reins of Delhi. He founded the Syed family which had four successors till 1451. His son Moizuddin Mubarak Shah succeeded him. He founded the city of Mubarakabad on the banks of the Jumna River, but there is no trace of it now. He died in 1434 and was buried in Kotla Mubarakpur in his name. His mausoleum was built in a combination of Lodi-style octane plan with Tughlaq-style butterflies and wide domes.

After the death of sultan Muhammad ibn Tughlaq of the Tughlaq dynasty in 1413, the succession to power was with Daulat Khan Lodi of the Lodi dynasty. But during the Lodi period, Khidr Khan, the Governor of Punjab, seized power on 28 May 1414 and imprisoned Daulat Khan. He then established the rule of the Syed family of the Delhi Sultanate (1414-1451), who claimed to be descendants of the Islamic Prophet Muhammad. He was followed by three other rulers of the family.

Khidr Khan, the founder of the Syed family, traced his lineage to Muhammad on the basis of the coincidental recognition of this claim by the famous Bukhara elder Syed Jalaluddin. He was the viceroy of Shah Rukh, the fourth son of Timur Gali. He was satisfied with the title of Raad-e-Ala, or ‘High Standards’. He not only succeeded in annexing Punjab to Delhi but also in subduing the governors of Mewat, Gwalior and many other usurpers during his rule. During one of his campaigns, he fell seriously ill and returned to Delhi and handed over the reins of power to his son Mubarak Khan before he died on 20 May 1421. Mubarak Khan had no pretense of taking the title of Shah and he declared complete independence of his territory. They crushed the rebellious estates effectively and ruthlessly. He took the name of Moizuddin Mubarak Shah and made coins in his name. They had resorted to attacking their estates in order to collect taxes for their treasury through effective coercive tactics. But there were also many setbacks to his war campaigns. Meanwhile, a crowd of people gathered around him who were plotting against him. In November 1442, he established his new city of Mubarakabad on the banks of the Jumna River. Afterwards, returning from a successful campaign in Bathinda, Punjab, he visited his new capital, Mubarakabad. On February 14, 1443, one of his angry former ministers, Sarwar-ul-Mulk, along with other Hindu courtiers, conspired to assassinate him. While Mubarak Shah was preparing for prayers, he managed to kill him mercilessly. Since Mubarak had no children, his brother Farid’s son Muhammad Shah was enthroned.

After the death of sultan Mubarak Khan Shah, his nephew Muhammad Khan ascended the throne and  himself introduced as Sultan Muhammad Shah. Just before his death, Muhammad Shah summoned his son Aladdin from Badaun and nominated him as his successor. But these two rulers proved incapable of providing a viable rule and in fact the last ruler of this dynasty Allauddin Alam Shah voluntarily relinquished the throne of the Delhi Empire on 19 April 1451 in favor of Bahlol Khan Lodhi who was then The rulers of Punjab left for Badaun. He remained there until his death in 1478. Bahlol Khan Lodhi then founded the last dynasty of the Delhi Empire. The rulers of the Syed dynasty continued their rule by forcibly collecting taxes. He could hardly bear the pressure of the Eastern Sultans in the East and the Khokars in the North West. Later, the Besla family of Gujjars from Haryana re-established Palwal Beslat and Kotla Mubarakpur.

Mubarak Shah’s mausoleum at Kotla Mubarakpur is an impressive structure, built with an octenal plan, enclosed in an octenal complex with south and west doors, while the walls and other doors of the complex have disappeared. The Sultan personally planned to build it during his lifetime. It has the south door of the Octenal Hall, which has mihrab doors on three sides, except the west, which has a mihrab in the direction of prayers.

The tombs of sultan Mubarak Shah and sultan Muhammad Shah looks so similar to each other, though there is a difference of ten years at different places. It is possible that both monuments were built by the same architect. One major difference is the height of the dome relative to the rest of the building. The dome of Mubarak’s mausoleum is 4 feet below the tomb of Muhammad and this dome is out of proportion to the rest of the building. Thus, Mubarak’s dome is too small for the shape of the drum and the base of the porch, and too flat to be attractive. Porch with three entrances around the hall. The hall and porch are provided with sloping supports at the corners. A sixteen-sided fort, with a citadel at each corner, supports the low dome structure. The tower is crowned with lanterns. Umbrellas (kiosks) adorn the roof on all sides in an octagonal shape. The fountain on the roof of the dome is adorned with three levels of Quranic inscriptions. Although not well-developed in appearance, it is considered a typical example of Syed’s tombs, which were famous during the Lodi and Mughal periods.

Bade and Chote Khan’s twin tombs in Kotla Mubarakpur [south extension] are of the latter kind. They are magnificent structures, colossal enough to get noticed, located in a prominent area and also in pretty good shape too, but still, hardly anyone knows about them

Timings: Sun Rise to Sun Set as Kotla Mubarakpur is a busy place and streets are narrow.

Best Tips to Enjoy Meditation on Travel, that will change Your Life 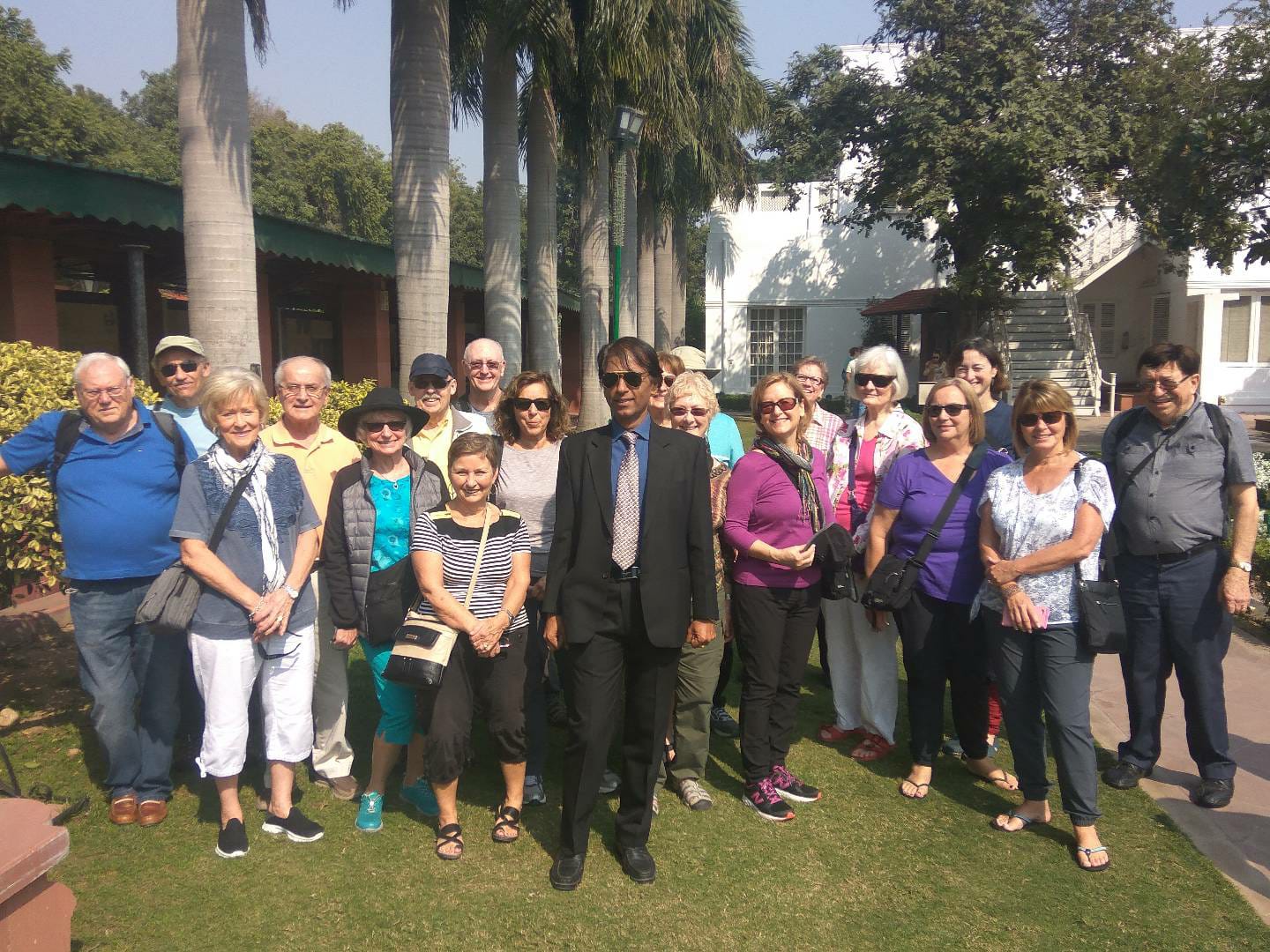 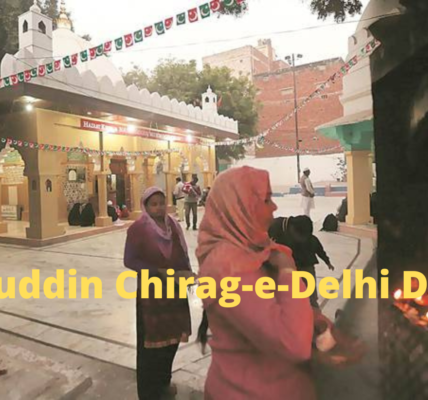