Lodhi Garden is a lush green park located in the heart of Delhi. A refreshing respite from the city, and Lodhi Garden is the most extensive. A top sight seeing place in Delhi.

It not only carries a small chapter of Delhi’s history in its folds but also is one of the rare historical monuments, which are in living.  The Garden is a very popular and an integral part of the life of city people. People are fortunate to be living in its vicinity probably use it as their everyday walking park. Young couples use it to spend time together and make thousand promises before marriage, Delhiites make their visit to sit and breathe the fresh air. Lodhi Garden is a beautiful blend of nature and history. Lodhi Gardens also attract a number of foreign tourists throughout the year. Best place to visit in Delhi for couples.

This garden has 7000 trees of 200 different species, Rose Garden and Green House where plants are kept. For a whole year, there are different kinds of birds in this garden. It’s located in the middle of the bureaucratic and the political part of the capital city, Delhi. The garden is famous among walkers and picnics goers. Best place to visit in Delhi with friends. Beautiful fountains, ponds, flowers and jogging tracks a hotspot for people of all ages. Lodi Gardens is one of the pleasant green parks in Delhi – with labelled on trees to help the visitors mainly from overseas to become familiar with the Indian flora and fauna. Garden is the purest of human pleasure.

the magnificent and eye-catching Lodhi Garden is like a paradise for of all ages, morning walk and joggers 2.1 km loop takes half hour to complete, yoga enthusiasts, family picnics and for the dwellers lives nearby, come for their morning strolls and daily exercises to the premises of the Lodhi garden. Once my grand father while walking in Company Bagh at old Delhi, told me about couples in Delhi started going to the garden, culture was started by English itself. Like Gora Saheb and Memsahib. Lodhi Garden is a Pleasure garden of the bureaucrats, rulers of Delhi. Here You can see, One who breathes silently in the morning, Young one’s sits together during the day, Elders walks with a stick in the evening and Families enjoys a Picnic bring home food on holidays with their wife and children.

The Lodhi Gardens is presently under the surveillance of the Archaeological Survey of India. They take the responsibility of maintains and beauty of the gardens. A lot of visitors visit the Lodhi garden daily. Lodhi Garden has few historic monuments from three different dynasties that ruled Delhi, the Tughlaq’s, Mughals, and the British.

Lodhi garden is also a popular place for pre wedding, photoshoots. Lodhi Garden is unique with its greenery and picturesque monuments is quite a popular with Bollywood film makers with movies like Chak de, Fanaa, Fukrey, Munna Michale.

Earlier this area was of two villages named Khairpur which lies on the outskirts of Delhi. When the British Government wanted a nice Royal Garden like Hyde Park at London back home, they displaced and threw the villagers of and landscaped the area into a beautiful garden. The powerless villagers displaced for the fancies of the powerful It’s the same everywhere,

There are pillars outside the gate no. 6 with the name of lady Vicereine of India “The Lady Willington Park” April 9, 1936. Finally, after India got Independence, the name was changed to Lodhi garden, to better associates with the history. And named after the Lodhi dynasty whose remains still adorn it.

Lodhi garden as we see it today was designed and landscaped an American architect by J. A. Stein- and Garret Eckbo who lived in India for almost half of his life and also established a and a Bonsai Garden and a glasshouse in the garden. a rose garden and duck pond and a home for almost 30 species of birds too. He is also the architect of most of the buildings in the Lodhi estate area like the India International Centre, UN office etc giving the area its name as ‘Steinabad’

As enters from gate no 4 you would see a fort-like wall with bastions minaret like corners. You have to go around it to reach the stair gate of Sikandar Lodi’s mausoleum. Built in the early 16th century by his son Mohammed Ibrahim Lodi, inside this tomb surrounded by a beautiful garden in the an octagonal shape .This tomb resembles to a Mughal Nobel  Adham Khan’s tomb at  Mehrauli, with exactly the same three archways on each of the eight sides.

The interior of the tomb mausoleum has a high dome, with a colourful painted ceiling, beam and the lintel also the entrances in a red sandstone. Arches inside have a geometrical pattern design in blue and green colour. The western wall gives an impression of being built as a mosque with a Mihrab like facing towards Mecca. The walls enclose a garden that surrounds the main tomb monument. The platform outside the entrance wall has two square canopies this is a nice photo point.

Move a little ahead and you would see a Tomb called as Sheesh Gumbad. Is a square tomb from the Lodi era. Sheesh-Gumbad was so-called because its outer finish with blue enamelled glazed tiles used in its construction gave the impression of being a mirror dome. Few of these tiles survive now. A family seems to be buried in the tomb, Inside have few graves, whose was buried not clearly identified either an unknown assume that these must be Nobel family of Sikandar Lodi’s court or Bahlul Lodhi the founder of the Lodhi dynasty itself. Which is fairly well preserved but is totally ignored inside. The Shish Gumbad is Believed by historians to have been constructed between Year 1489-1517 by Sultan Ibrahim Lodhi.

This complex, As you enter Bara Gumbad, you suddenly are hit by the sheer height of the dome. Which sets on a raised platform, is largest and finest Lodhi-era monuments in Delhi. is called as Bada Gumbad complex. Its imposing domed structure is believed to have been a gateway to the mosque, was built in 1494, as there’s no grave in side establishing it as a tomb. Amazing intricate decorative details on both the buildings. On the corner of the mosque, seems a minaret. The Bara Gumbad Mosque is the most pleasant discovery of this Lodhi garden walk with nature and history.

Opposite the mosque is an arched pavilion that was a guesthouse known as Mehman Khana. This is the most pleasant discovery of Lodhi garden walk. there is also a residence surrounding a central courtyard, where the remains of a water tank can be seen probably for ablutions.Between the mosque and guesthouse there are some graves that might be belong to a later period.

This mosque with three domes and five arches has a beautiful engraving of geometric designs and Arabic verses in the off-white color. It is a riot of incised plasterwork. It also has some of the beautiful Squinches that one can see in the Delhi monuments. The interior of this mosque is pretty well and making it worth visit.

As you walk towards the met office gate, you would see another majestic octagonal monument, with peculiar and ornate Chhatris or canopies all around the octagonal structure. These Chhatris make this tomb a typically grandeur, of that era. This is the Mohammad Shah of the Sayyid dynasty. It is the biggest tomb structure in Lodhi garden. The ceiling has some elaborate circular painting in blue and red color in a star-like pattern. This  tomb is a very photogenic, as it is on a higher mound and is absolutely symmetrical. Tomb is illuminated at night looks more beautiful.

Here and there you would see some grave on platform. It would almost feel as if you have come to meet them all who lay buried here for the future generations, cast in stone and carrying an imprint of their times. The monuments show the importance given to people after they died, in their lifetimes that were way smaller than the life of their tombs, if they got the same reverence and gratitude. I am not sure if they met as many people in their lives as they meet from their graves too.

The Kos Minar [ Mile Post] built during Sultan Sher Shah Suri’s reigns. Sultan has a great interest in building roads in his sultanate for caravans and traders. One can find them all along the Grand Trunk Road which runs from Amritsar to Kolkata which still survives today.

A garden is a delight to the eyes and soul. While walking in the Lodhi garden in addition to the monuments absorbing the history, enjoy the nature a variety of birds lives here and a lot more who visits during winters. If you do not know much about the birds, there are elaborate boards to explain the various varieties of the birds that you can see here in the garden. These silent spectators, trees and plants spread throughout the park to admires you. These include the National Bonsai Park (near Gate 1), the glasshouse a butterfly park and herb. Never underestimate the healing power of a quite place in the garden.

If you’re interested to finding more information about the variety of trees in Lodhi Garden, scan the Quick Response (QR) Code on many of them on the smart phone.

Athpula means eight bridges. It was called so as it stood on 8 pillars forming seven arches. The central arch is the biggest one with subsequent arches becoming smaller, giving a beautiful concave shape to the bridge. A perfect place to have a photo with ducks old bridge and lake.

My Life is Story Telling, The Greatest Art in the World is the Art of Storytelling…Cecil B. DEMILLE . Love to listen your stories too.

Morning walk at Lodhi Garden with Harry ..A Best Guide licensed by Govt, of India.

Thank You: I really Appreciate Your Time 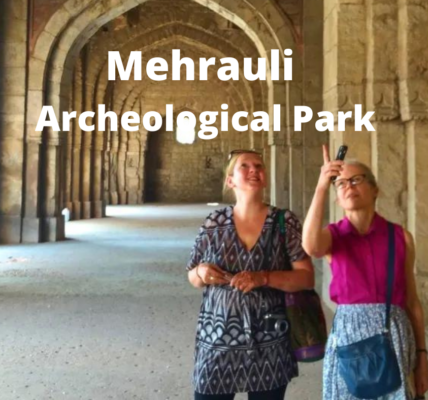 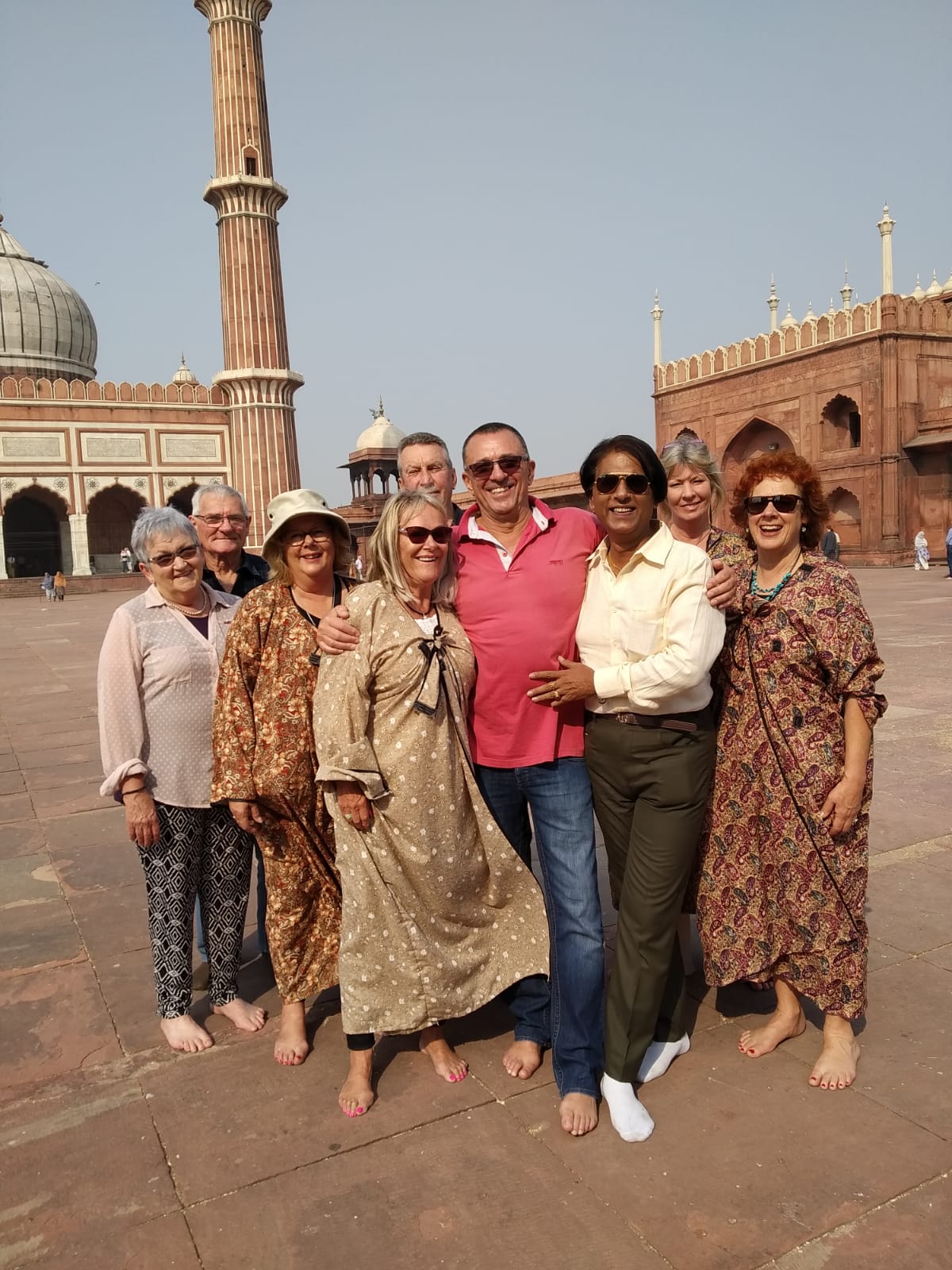 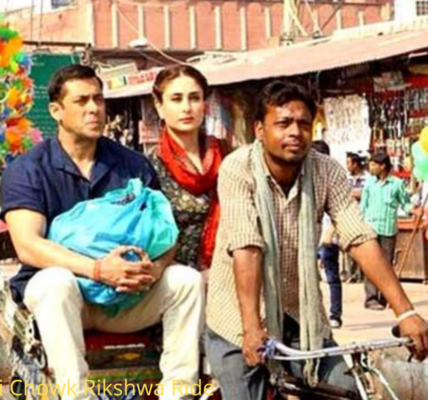